Meeting with the author: 3 questions to Marc Bayle

Capit Muscas Editions has just published a new book "Toulon over the texts" by Marc Bayle, Honorary Prefect, former Commissioner of the Navy, Marc Bayle is a graduate of Science-Po Paris, doctor of public law and doctor of letters and sciences human. He was General Councilor of Toulon from 1994 to 2001.

Marc Bayle takes us on a discovery of the singular city of Toulon, in the company of Vauban, Schopenhauer, Victor Hugo, Stendhal, Michelet, Loti, Morand, Django Reinhardt, Bernanos, Gilbert Bécaud, and many others!

Capit Muscas Editions has just published a new book "Toulon over the texts" by Marc Bayle, Honorary Prefect, former Commissioner of the Navy, Marc Bayle is a graduate of Science-Po Paris, doctor of public law and doctor of letters and sciences human. He was General Councilor of Toulon from 1994 to 2001.

Marc Bayle takes us on a discovery of the singular city of Toulon, in the company of Vauban, Schopenhauer, Victor Hugo, Stendhal, Michelet, Loti, Morand, Django Reinhardt, Bernanos, Gilbert Bécaud, and many others! 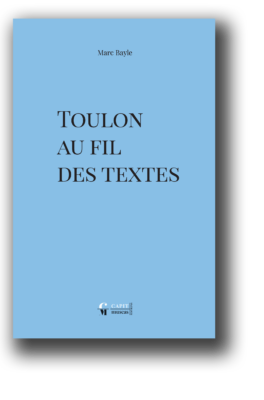 The FDBDA – Brousse dell'Aquila endowment fund – met Marc Bayle. We publish this interview around his book.

FDBDA. You collect and present a particularly rich literature. What are the most striking temporalities of this historic military city, which has been able to recompose itself with history?

Marc Baylé. The supporting wall of Toulon through the centuries is clear: it is a martial city made by and for the State, that of a " Royal Port », a navy enclave. Few cities identify so much with national history. From the 17th century, its history was punctuated by the turbulence of the military history of France: Franco-English rivalries, installation of the penal colony, exacerbation of conflicts during the Revolution, its reconquest by the young Bonaparte, consolidation in the 19th century of its role as a starting point for colonial and exploratory expeditions, a tool for the oriental dream »

In the 20th century, alongside the Navy, Toulon was also the garrison town for colonial and then navy troops. The Second World War strongly marked the city, with the scuttling of the fleet, the bombardments (more than 8,000 buildings destroyed).

In the early 1970s, President Pompidou reoriented military strategy from the Atlantic to the Mediterranean, due to the Middle Eastern conflicts. And Toulon has (again) become the strategic tool for the projection of the power of France, this role not having been denied, since then, with the frequency of external operations, which all leave from its harbour.

A less well-known part of history, Toulon has been, intermittently, a political cauldron; civil war between Legitimists and Jacobins during the Revolution, in the 19th century, city of early politicization, social criticism, cradle of utopian socialism, as the great historian Maurice Agulhon had demonstrated, (provisional) conquest of the city by the National Front in the 1990s, attracting national and international media interest. 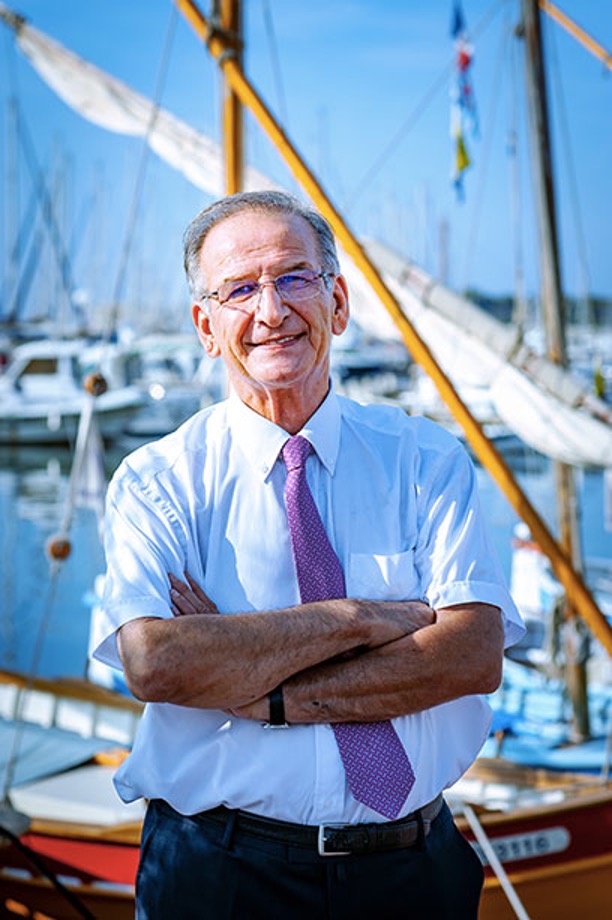 FDBDA. Toulon is also a city of emotion by its geography and its history. Is it part of a singular Mediterranean destiny?

Marc Baylé. In Toulon, one feels the emotion of seeing there a national destiny, very little provincial in the end. And my work, that the editions Capit Muscas have kindly welcomed, collects, by commenting on them, testimonies from writers, poets, politicians, soldiers, on the extraordinary destiny of this city, " wounded in the heart », as Bernanos wrote, but that « glory seeds », as Victor Hugo sang.

The weight of the French Navy is obsessively felt in all areas of Toulon life, in its urban landscape, in its history, its street names, its economy, its mentalities, its folklore.   It is true that Toulon has never been admitted into the public mind on the Côte d'Azur. The inventor of the term "Côte d'Azur", Stéphen Liégeard, confined it to its status as a military port, the real Riviera, its Côte d'Azur starting, in his eyes, in the west at Hyères.

But its Mediterranean destiny remains intact. The naval base of Toulon, the first military port in the Mediterranean, brings together 70 %s from the French Navy fleet, constituting a first-rate asset in the context of a Mediterranean region, a zone of conflict or risk of conflict.

FDBDA: Toulon, an undisputed source of literary inspiration, is its influence today destined to impose itself, in particular with the importance of the maritimization of the economy and society?

Its influence today is in progress. For at least four reasons.

-Because first of all, the importance of its maritime sector (the maritime community represents nearly 18 % of the population of the Toulon metropolitan area).

–Its metropolitan bend then , inserting itself henceforth in a Metropolis (Toulon-Provence-Mediterranean), stretching from Six-Fours to Hyères, with an employment area of 578,000 inhabitants, making it the second most populated area in the southern region. Metropolitan functions are progressing more quickly than in other urban areas, in particular employment in the functions of "intellectual services and culture-leisure" and in the higher tertiary sector. Toulon has therefore entered a “catching up” phase.

–The emergence also of an innovative environment, with a more diversified economic trajectory, less dependent on the State. For example, Naval Group has left the model of the arsenal, a labor company, for that of a high technology company. The Toulon productive system leaves more room for private sector play, with greater fluidity of innovation and technology transfer.

– Its renewed attractiveness finally: Toulon is a city with a mild climate, that of the pleasure of strolling in a discreet city, with the plural charms of its districts, accessible, unpretentious and snobbish, far from clichés and bling bling neighbours, but molded by history, overcoming its traumatic past, enhancing itself today, now becoming attractive again, it which was so long away from seaside tourism.

Order the new book "Toulon over the texts" by Marc Bayleet discover the singular city of Toulon, in the company of Vauban, Schopenhauer, Victor Hugo, Stendhal, Michelet, Loti, Morand, Django Reinhardt, Bernanos, Gilbert Bécaud , and many others !